Questions about how, when, why, and what to forgive have provided a staple of philosophical, theological, and practical moral inquiry ever since the Western cultural tradition developed out of the twin inheritances of Judeo-Christian and Greco-Roman thought. In fact, at a later stage in my project I hope to demonstrate that some of these questions are endemic to the Western tradition, and are generated by tensions within it. But while answers might seem difficult to settle upon, the questions most of us ask about forgiveness are fairly predictable and straightforward. I’ve attempted to summarise them under five ‘heads of discussion’. The first and second focus upon the nature of the practice of forgiveness, i.e., what sorts of things have to be done, said, believed, felt, etc., for forgiveness to occur? The third and fourth take us into the conceptual ecology of the practice, i.e., what other sorts of concepts does forgiveness relate to and depend upon? A fifth set of questions relate to the whether there is one particular practice which we can authoritatively label ‘forgiveness’ or are there a number of variously related practices which all lay claim to the name. 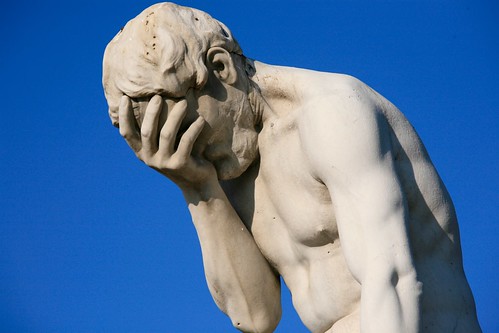 I’ve summarised these various heads of discussion as: Conditionality; Necessity; Teleology; The nature of wrong; and Conceptual plurality. Initially, I’m going to try to take you on a tour of the conceptual ‘zoo’. We’ll look at the discussions and theories that cluster around these five questions without seeking to come to any particular conclusions about which sets of answers might represent a normative version of forgiveness. Later, I’m going to make an argument that the first four of these questions are related to each other in such a way that a person’s answers to Q3 & Q4 will determine the shape of the practice of forgiveness described by someone’s answers to Q1 & Q2. But that’s for later…

1. Conditionality.
Conditionality is the ‘ur-question’ of forgiveness. I’m sure you’ve had to face it in some context: a friend who comes to you with the question, ‘can I really forgive someone who hasn’t expressed any remorse or repentance?’ The question has roots right back in the Biblical tradition: Peter asks,  ‘How many times should I forgive my brother? Seven times?’ Jesus teaches his disciples to pray, ‘Forgive us our sins, as we forgive those who sin against us.” Should forgiveness be granted only on condition of the offender’s repentance? If so, doesn’t this weaken something in the concept, something most of us would acknowledge is noble and admirable, even if practically very difficult? Related to the question of conditionality is the problem of forgivable and unforgivable wrongdoing. Are there certain conditions under which forgiveness must not be granted, or in which forgiveness simply cannot be granted (for whatever reason)? We’ll go into more depth about the dimensions and proffered solutions to these puzzles in a later post.

Initially it can appear odd that, while we find a diversity of answers among different groups of people (some will say a clear ‘yes’ in situations where others say a clear ‘no’), with many of the problems raised by the ‘conditionality’ of forgiveness for any particular individual or group the answers appear to be relatively unambiguous. But this is unsurprising, when we consider that people reflect upon the operational conditions for forgiveness by relying upon answers generated by a different (deeper?) set of moral commitments. Forgiveness is a derivative moral practice. It does not have a first-order moral authority, i.e., it is not something that appears to people as self-evidently right or wrong simply on the basis of its own appearance. Forgiveness is always a practice resting upon more deeply embedded ‘constitutive goods’ (to borrow from Charles Taylor). The process of reasoning from these prior moral commitments to a particular practice of forgiveness can be relatively straightforward, what matters more, for anyone wanting to achieve some broader consensus about the nature and conditions of the practice, is investigating these prior moral commitments themselves.

But here’s a thought: the fact that forgiveness is a derivative moral practice also makes it a communicative moral practice. Forgiveness captures the dimensions of its underlying constitutive goods in a particular way and communicates them, preserved in their distinctive inter-relationship,  to the recipient of the practice – the person forgiven. And it does this is a fashion that, under the right circumstances, is remarkably persuasive. Forgiveness is the communicative practice through which a particular moral vision transmits itself.

We have much more thinking to do about this…

Thoughts of a Tree in Autumn.

So I’m having another conversation about forgiveness. It’s a bit…